What is GST annual return?

Register for Goods and Services Tax
(GST) in India

There are certain things that matter to us, that we stand for, and that define virtually every decision that we make at Clerk.
In 2016, we laid them out in our 3 Laws of Data Protection:

Your Data is Personal

Your Data is Protected & Preserved

Your Data is Portable 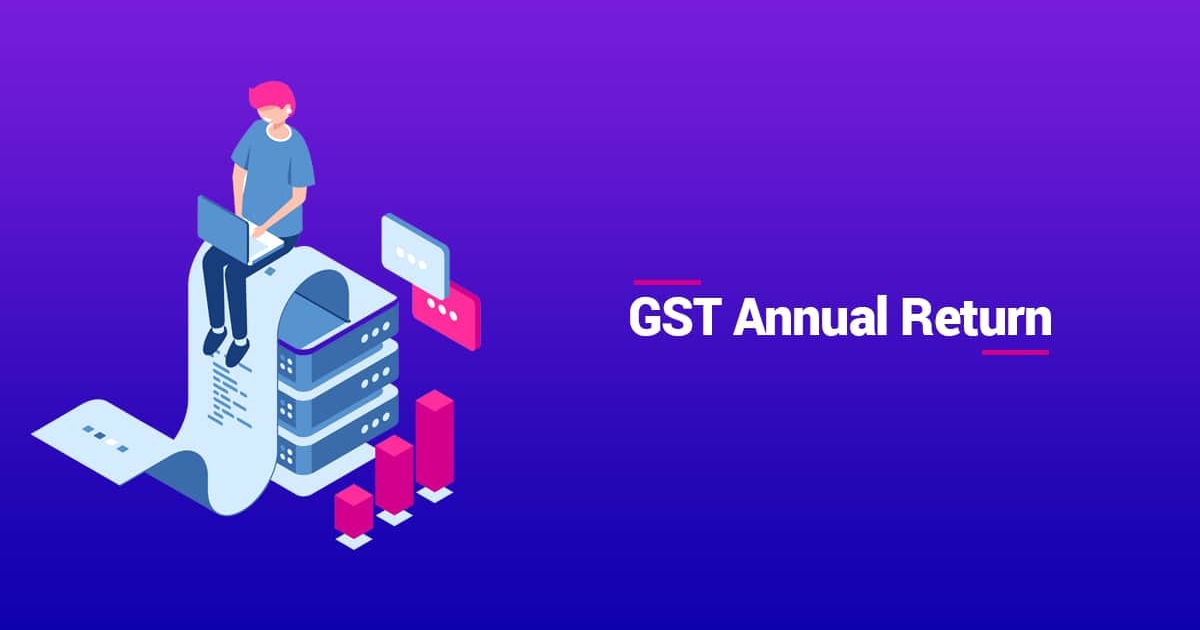 What is GST annual return?

The filing date of the annual statements and the GST audit for 2017-18 has been again extended, this time for three months, from 31 August to 30 November, due to technical problems and problems facing reconciliation.

According to tax experts, Excel Utility, which is used to send and upload returns, was not ready until two days ago. Others said they found it difficult to file GSTR-9C, the conciliation statement to be filed by taxpayers who must file the GST audit.

“The problem is that when you upload the form, the system requests validation. For validation, you must generate XML, which you might not be able to generate. If the XML file is generated, the system will display errors,” says Rajat Mohan, Partner, AMRG, and Associates. He, however, says that the problem is mainly because most taxpayers use hacked and duplicate software. “If you have original software on your system, you may not face these issues,” he says, adding that taxpayers can use ASP and GSP services to easily file returns.

While technical failure is one of the reasons, the biggest problem seems to be the reconciliation of returns with financial statements, that is what GSTR-9C is all about.

Some experts also regret the fact that the government is asking for too much detail in GST’s annual statements. The goal, it seems, is to investigate all taxpayers, some experts say.

Pune-based public accountant Pritam Mature said filing both the annual statement and the GST audit is a long process. “Both GSTR 9 and GSTR 9C have 10 pages each. The annual GST return form has 19 boards and 350 boxes to drill. They ask for HSN-level details of all purchases in returns,” Mature says, explaining the difficulties taxpayers face.

As part of the GST Annual Declaration and The GST Audit, two GSTR 9 and GSTR 9C forms must be submitted. GSTR 9 is a consolidation of all filings, while GSTR 9C is a reconciliation of the financial statements with the filings.

While annual statements and 2017-18 audit reports would now be filed only before November 30, the deadline for filing annual statements and GST audits for 2018-19 is December 31, 2019. There are other deadlines to meet and other things to meet to be done The new return system will be implemented from October, electronic invoicing will start from January 2020, and an audit must also be performed by GST officials.

This site uses cookies. By continuing to browse the site, you are agreeing to our use of cookies.

We may request cookies to be set on your device. We use cookies to let us know when you visit our websites, how you interact with us, to enrich your user experience, and to customize your relationship with our website.

Click on the different category headings to find out more. You can also change some of your preferences. Note that blocking some types of cookies may impact your experience on our websites and the services we are able to offer.

These cookies are strictly necessary to provide you with services available through our website and to use some of its features.

Because these cookies are strictly necessary to deliver the website, refuseing them will have impact how our site functions. You always can block or delete cookies by changing your browser settings and force blocking all cookies on this website. But this will always prompt you to accept/refuse cookies when revisiting our site.

We fully respect if you want to refuse cookies but to avoid asking you again and again kindly allow us to store a cookie for that. You are free to opt out any time or opt in for other cookies to get a better experience. If you refuse cookies we will remove all set cookies in our domain.

We provide you with a list of stored cookies on your computer in our domain so you can check what we stored. Due to security reasons we are not able to show or modify cookies from other domains. You can check these in your browser security settings.

These cookies collect information that is used either in aggregate form to help us understand how our website is being used or how effective our marketing campaigns are, or to help us customize our website and application for you in order to enhance your experience.

If you do not want that we track your visist to our site you can disable tracking in your browser here:

We also use different external services like Google Webfonts, Google Maps, and external Video providers. Since these providers may collect personal data like your IP address we allow you to block them here. Please be aware that this might heavily reduce the functionality and appearance of our site. Changes will take effect once you reload the page.